Why Study Chinese? The Mandarin Language

你好！The following are a few fact, you may already have heard of:

Now, join me for some surprising facts:

Chinese has a relatively uncomplicated grammar.

Unlike French, German or English, Chinese has no verb conjugation (there is no need to memorize verb tenses!) and no noun declension (e.g., gender and number distinctions). For example, while someone learning English has to learn different verb forms like “see/saw/seen,” all you need to do in Chinese is just to remember one word: kan. While in English you have to distinguish between “cat” and “cats,” in Chinese there is only one form: mao. (Chinese conveys these distinctions of tense and number in other ways, of course.)

The basic word order of Chinese is subject — verb — object, exactly as in English. A large number of the key terms of Mandarin Chinese (such as the terms for state, health, science, party, inflation, and even literature) have been formed as translations of English concepts. You are entering a different culture, but the content of many of the modern key concepts is familiar.

Here you were thinking it would be English! The fact is Chinese people, unlike everyone else have put their foot down and given first priority to their own language instead of a foreign language like- English, so no wonder Chinese is the most popular language in the world. More than one billion people in the People's Republic of China (PRC), Hong Kong, Taiwan, and other places in East Asia speak Chinese. Significant populations of people who speak Chinese also live in urban centers around the world. For example, San Francisco has the largest Chinese-speaking population of any city outside of China. 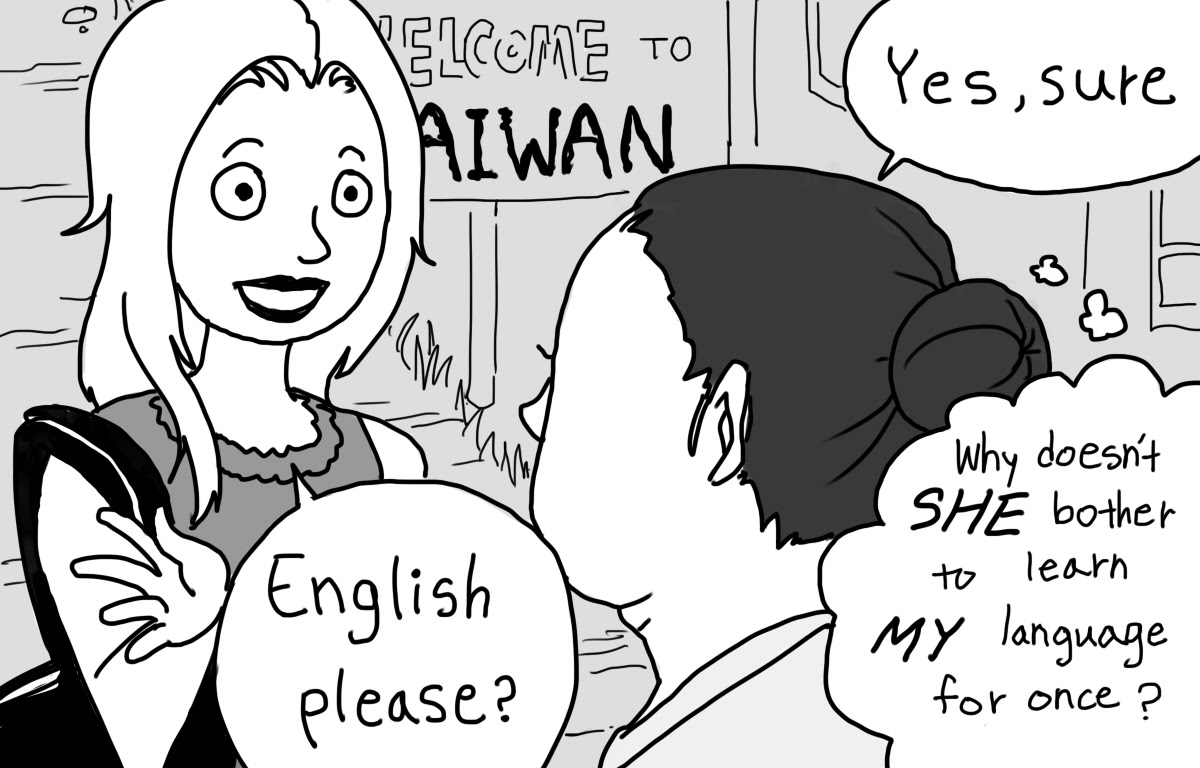 Chinese actually consists of a large number of dialects which share a written language but are mutually unintelligible when spoken. Because of this, some linguists consider them separate languages instead of dialects. Mandarin Chinese is the official language of the People's Republic of China and Taiwan, and it is the most widely-spoken form of Chinese. Other important linguistic groups include Cantonese, Wu, Xiang, Hakka, Min, and Gan. Within each group, many variations in spoken language occur. It is said that speakers from one area may not understand those who live only a few miles away.

One of the first things you notice about the language are the characters, some of them are even pictographic, as mentioned in one of my previous blog posts.

Chinese belongs to the Sino-Tibetan language family, which also includes Tibetan, Karen, and Lolo-Burmese. The Chinese language has influenced many of the other languages of East Asia. Written Chinese originated more than 4,000 years ago and remained relatively stable until the People's Republic of China decided on a campaign to make it easier to read Chinese by simplifying the characters (Thank God!), which can have as many as 30 strokes. To date, the simplified Chinese characters have been adopted only in the PRC and Singapore, but Hong Kong may start to use them, following its 1997 reunification with the mainland.

Another change initiated in the PRC is the widespread use of Pinyin, a system of transliteration, representing the sounds of the Chinese language using the Latin alphabet. The Chinese government has expressed interest in eventually replacing the character system with a phonetic alphabet, but to date Chinese characters remain the standard in communication. The written Chinese language consists of about 40,000 characters.
Some culinary terms come from Mandarin Chinese, including chow mein (from chao mian, to stir fry noodles), and tofu (do fu in Mandarin Chinese). Aside from food, Chinese martial arts terms have come into English, including kung fu (gong fu in Chinese) and tai chi (tai ji in Chinese). Recently, feng shui, the Chinese architectural principle, has also been adopted into English.Because Cantonese speakers were the first people to speak Chinese who came to the United States, many English words of Chinese origin come from Cantonese. They include chop suey (from the Cantonese tsap sui or mixed pieces), chop chop (from the Cantonese chop, meaning quick), and dim sum (from the Cantonese for little hearts; the same characters are pronounced "dian xin" in Mandarin Chinese).
As you learn to speak Chinese, some words may sound familiar. However, they are not what you might think. For example, depending on its tone, the word shu can mean book, uncle, neglect, ransom, ripe, and comb. However, it never means "shoe."

Is Chinese Important for your Career?

China has been the fastest-growing major economy for the past 30 years with an average annual GDP growth rate above 10%. Many people are now choosing to learn Mandarin Chinese as international companies are moving quickly to gain a foothold in the Chinese domestic market.
International businesses prefer to hire people who speak more than one language. China has become a huge market, and business leaders are looking for people who can speak Chinese and operate successfully in a Chinese cultural context. Knowing Chinese may give you an edge when competing for an important position.
China will play a major role in world affairs in the future. As China now has opened up to the West, there are opportunities for employment in all areas. Also, China is a wonderful country in which to teach English while developing your language and cultural skills. There are many website which allow you to practice your language skills. The experience is great, and it’s something you will never forget.

Sources: A few facts and links found over the internet plus my experience learning to language.